I have been to York twice in the last 2 years and both times were during the winter (I love Christmas markets!) It’s a gorgeous, quaint English city with lots of character.

1 – York Minster
The Minster is hard to miss – it’s on of the largest cathedrals of its kind in Northern Europe and dates back to medieval times. Go inside and you’ll be able to really appreciate its enormity. 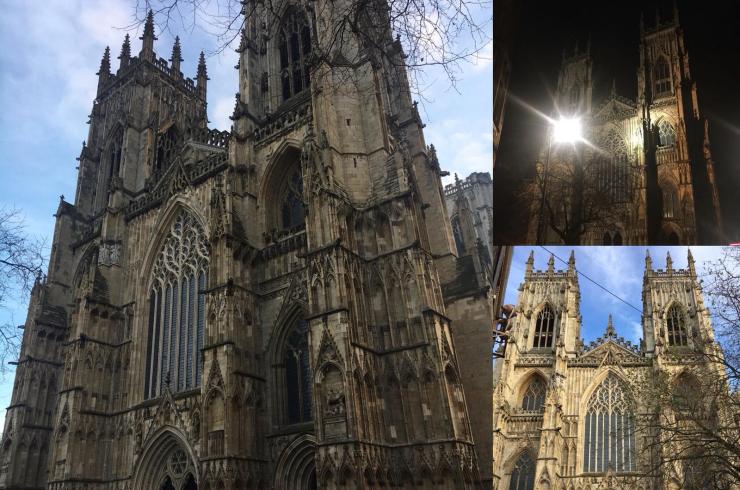 2 – York Castle / Clifford’s Tower
Is so cute and teeny but is the largest remaining part of York Castle.
Tickets to go in are £5.40! 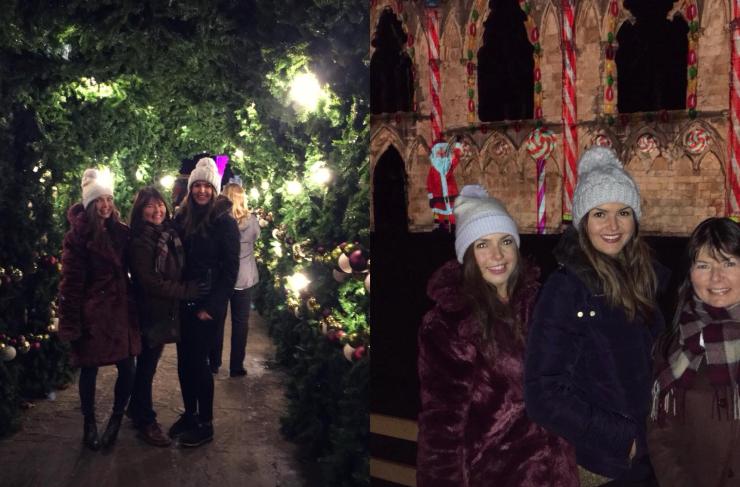 The gardens surround the medieval ruins of St. Mary’s Abbey and are free to go in.

We went to a Christmas lights display one evening which was quite pricey. I can’t find whether it’s happening again this year, but it a nice Christmassy thing to do.

Is a really cute cobbled street with over-hanging buildings. It is now home to many shops and restaurants.

The streets of York in general are full of character and are lovely to meander through. 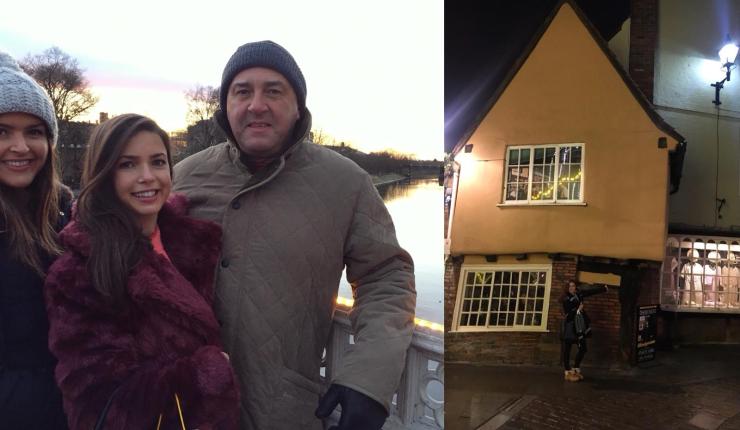 The Guy Fawkes Inn – we had a delicious roast here. It’s a medieval inn and the birthplace of Guy (Guido) Fawkes (who tried to blow up parliament in 1604 – the guy we burn on bonfire night!!)

The Botanist – looks like a bar from the front but there’s a really cute restaurant at the back. The pics of the food don’t look the best but it’s really good (especially the puddings!)

Betty’s Cafe Tea Rooms – there’s always a really long queue to get into the tea rooms as it’s very well known in York. The cakes are delicious and it’s a nice place to relax away from the cold!

The Fudge Kitchen – you’ve got to pop in to try some delicious fudge. If you’re lucky you’ll see them making it in front of you!

Of course if you’re there during December you’ll likely eat and drink at the Christmas markets too. York is magical at Christmas but I’m sure it’s beautiful all year round; a charming English city, perfect for a weekend break!