Bath is a town in Southwest England, famous for its natural hot springs and Georgian architecture. Definitely worth a day trip if you have the time.

A massive late Medieval Church by Sir George Gilbert Scott. stunning to look at from the outside, and guided tours of the inside are available too.

2 – Roman Baths
The Roman Baths are a very popular tourist attraction – the stone remains of one of the finest spas of the ancient world. They’re over 2000 years old, constructed around 70AD! 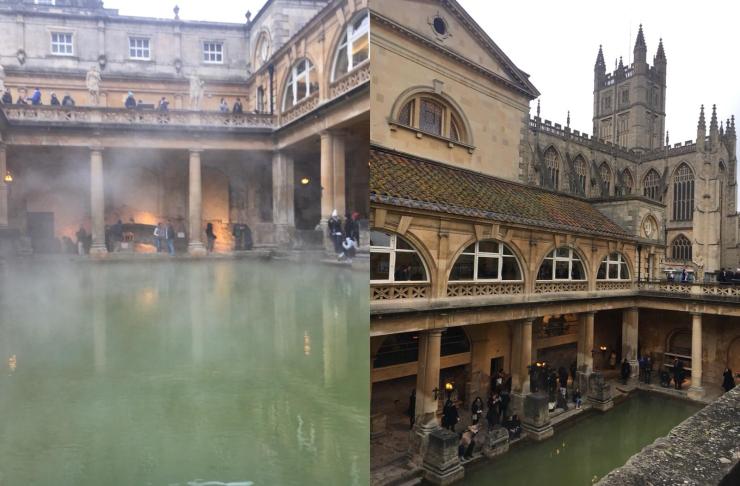 1,170,000 litres of steaming spring water, reaching 46°C fill the baths each day!
Tickets for the baths / museum cost £16.50 per person and you get an audio tour included in the price.

3 – Thermae Bath Spa
A day spa where ‘you can bathe in Britain’s only naturally warm, mineral-rich waters just as the Celts and Romans did over 2000 years ago’! They have an amazing rooftop bath which looks over the city as well as pools and spa inside. I paid on the door and remember it costing around £40 per person. 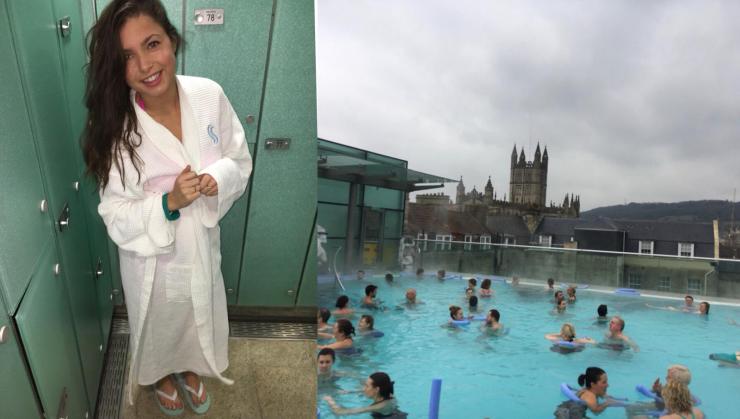 4 – Royal Crescent
A row of 30 terraced houses laid out in a crescent. The architecture is amazing but not too much to see other than that. There’s a museum called No.1 Royal Crescent which has been furnished to look like it would have in 1776-1796, but I wouldn’t say it’s a must do!

Was designed in the 18th century by the poet Alexander Pope and features the Palladian Bridge! It’s a bus trip from the centre but quite nice to see if you have the time.

Bath is gorgeous in general to walk around, but other notable things to see…
Pulteney Bridge – historic bridge built in 1774.
Prehistoric stone circles – the third largest stone circle in Britain.

If you’re interested in spending a full day at the spa or going to museums, then you could probably fill a weekend in Bath, but I’d suggest a day trip is enough to take it in 🙂